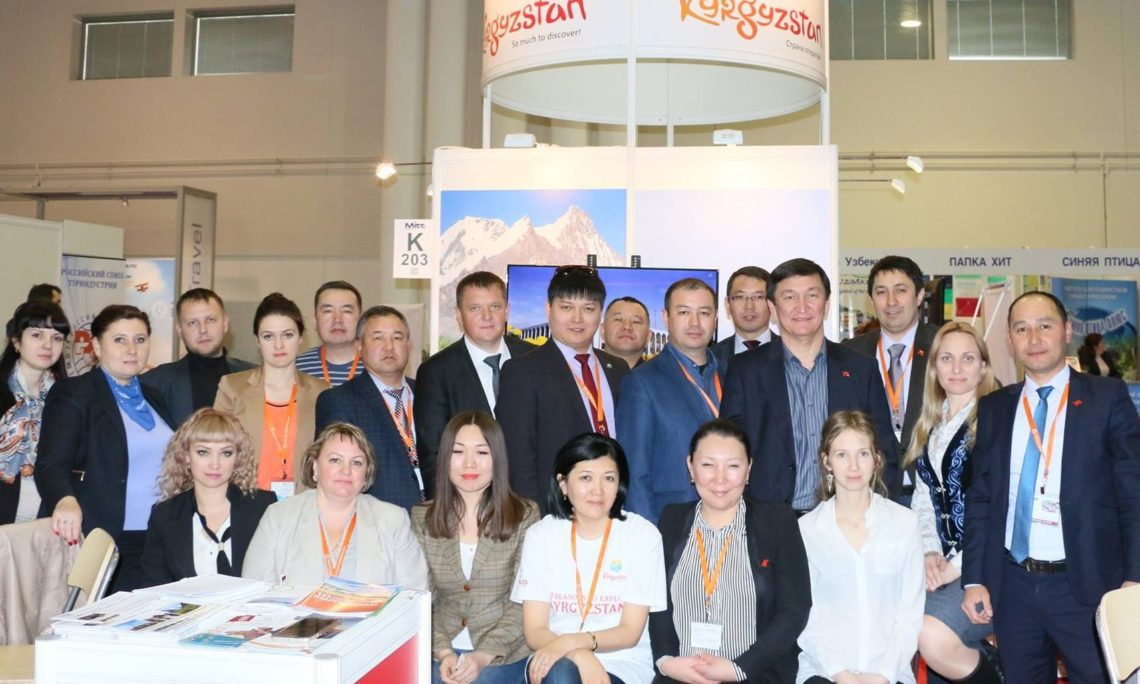 Kyrgyz companies presented the many tourist attractions in the Kyrgyz Republic, such as summer resorts, mountain climbing, trekking tours, ecotourism, and Silk Road tours.  They met with hundreds of potential business partners from all over the world to discuss new opportunities.  As a result, Kyrgyz companies signed 66 new contracts and continued 52 existing contracts with European companies.

USAID provided technical assistance and expert support to set up the Kyrgyz Republic’s display booth, which featured an authentic Kyrgyz yurt. Tour operators and clients negotiated deals for the 2016 season surrounded by colorful Kyrgyz shyrdaks and tush-kiyis, while komuz players in traditional dress entertained clients and the media.

“Our yurt promoted the authenticity of experience that visitors can expect from travel to the Kyrgyz Republic.  It really helped set us apart from our surrounding exhibitors from Commonwealth of Independent States countries,” said Anvar Yusupov, President of the Kyrgyz Association of Tour Operators.

USAID works with Kyrgyz tourism companies in international exhibitions to establish global business contacts and raise the profile of the Kyrgyz Republic’s tourism sector.  USAID will continue this partnership to build on these successes and promote the Kyrgyz Republic as a premier destination in Central Asia.

The USAID Business Growth Initiative is a four-year project to build and strengthen the competitiveness of Kyrgyz tourist destinations and other economic sectors, including apparel manufacturing and construction materials.  This project is one of many supported by the United States to promote sustainable economic growth in the Kyrgyz Republic.  To learn more, please visit http://usaid.gov/Kyrgyz-Republic.