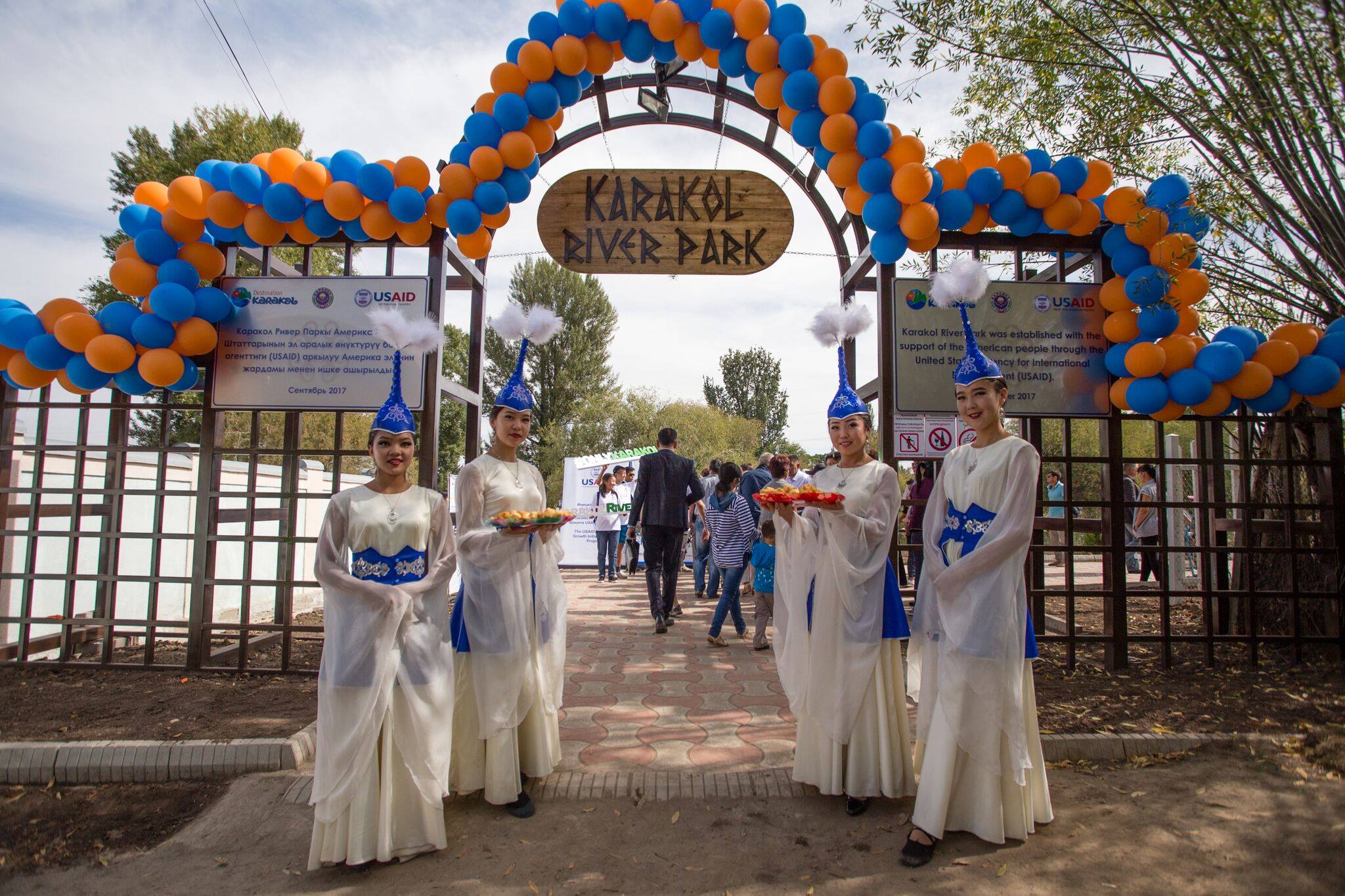 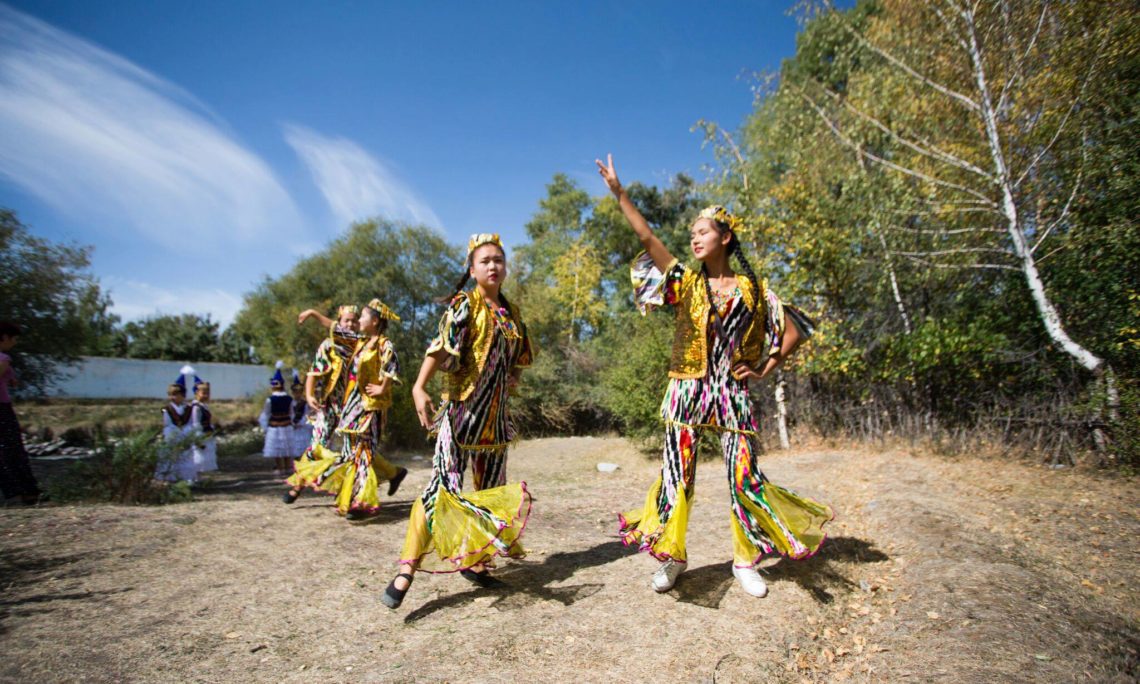 Karakol, Kyrgyzstan – On Saturday, September 9, Alan Meltzer, Chargé d’Affaires of the United States Embassy, with Damir Monoldorov, First Deputy of the Plenipotentiary of the Government of the Kyrgyz Republic in Issyk-Kul Oblast, and Daniyar Arpachiev, Mayor of Karakol, announced the opening of the new River Park in Karakol city. The park will provide space for community events, and serve as a new venue for recreation and relaxation by the city’s many tourists and residents alike. The United States Agency for International Development (USAID) renovated the riverfront area as a part of its broader efforts to promote job creation and higher incomes through increased international tourism in Karakol and throughout Kyrgyzstan.

“Karakol is already a great tourist destination, but the new River Park will be a beautiful public space that will transform Karakol’s riverfront into an inviting place for year-round social activities, events, and festivals” Mr. Meltzer said during the opening ceremony.

The idea of building a park came from a group of tourism service providers, which later grew into a large association – Destination Karakol – a union of 35 tourism businesses. USAID partnered with Destination Karakol and local municipal authorities to make the idea a reality. The park will provide one more reason for tourists to extend their stays in Karakol before heading to the surrounding mountains, ultimately leading to higher incomes for local businesses and residents.

The River Park complements USAID’s other initiatives in and around Karakol, including training for guest houses, developing new experiences for tourists, installing the city’s first free Wi-Fi system, and promoting the area in international media and tourism exhibitions.