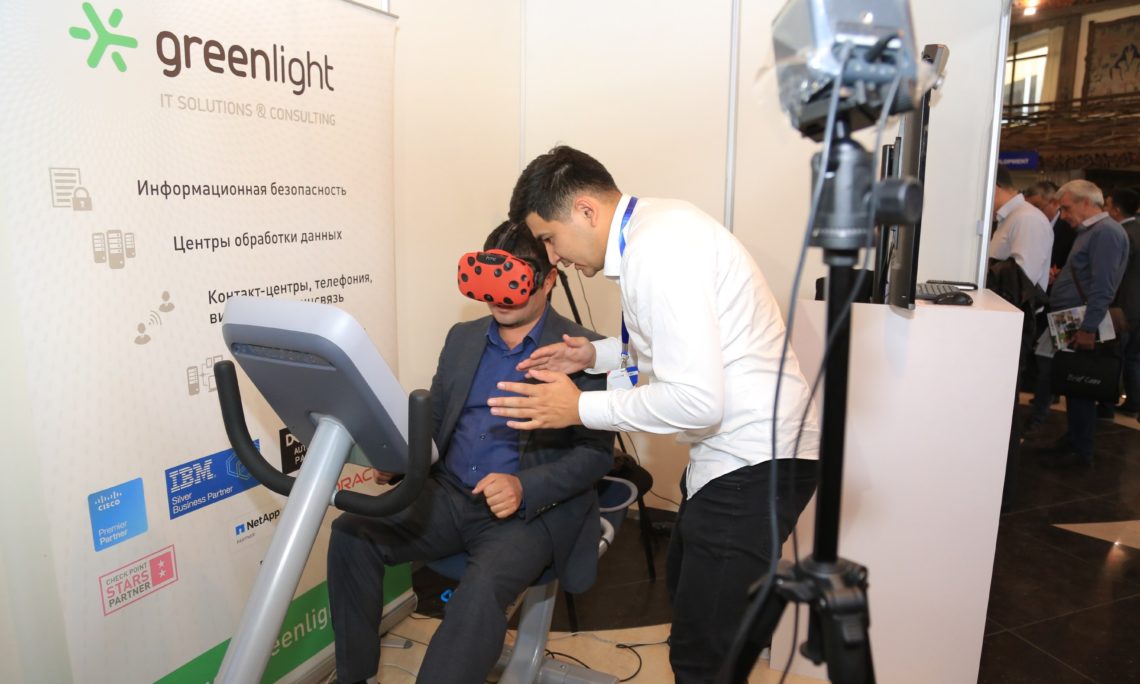 Bishkek, Kyrgyzstan (October 11, 2019) – Over a thousand entrepreneurs, business leaders, and government officials participated in the first ever International Franchise and Trade Expo (IFTE), held at Ethno-Cultural Complex “Dasmia,” seeking to partner with international exhibitors from the United States, Europe, and South Korea.  The event was co-organized by the U.S. Embassy in the Kyrgyz Republic and Business Association JIA, together with sponsorship from the U.S. Department of State, USAID and other local partners.

The Expo showcased over 35 companies from the around the world, including the United States, United Kingdom, Switzerland, Italy, Czech Republic, and South Korea, in a push to introduce international companies to commercial opportunities existing in the Kyrgyz Republic and, more broadly, across Central Asia.

In his opening remarks, U.S. Ambassador Donald Lu emphasized that the U.S. Embassy is committed to increasing trade and investment in the Kyrgyz Republic. Prime Minister of the Kyrgyz Republic Muhammedkaliy Abylgaziev declared that an important priority is to increase the investment attractiveness of the country, protect private property and eliminate all bureaucratic obstacles.

In the afternoon, the U.S. Consul highlighted the process of applying for business visas.  From the private sector, U.S. entrepreneur Alex Mardikian led a discussion on waste-to-energy applications used by his firm Regreen Technologies.  From the IT sector, Dell and Samsung demonstrated their latest products for cloud and B2B solutions.   Tilek Toktugiev, founder of Nomad Greenhouse, led an industry panel discussion on agro-technologies.  In closing, Vitaly Yen (Mailboxes, Etc), Aibek Mambetaliev (Tchibo), Jodar Saidilkhan (Novotel), and Sotiris Karagiannis (New York University of Prague) participated in a panel discussion entitled, “5 Things to Know About Franchising Major Brands.”

The U.S. Embassy-supported International Franchise and Trade Expo is part of a two-day event to provide a platform for international companies to explore investment opportunities in the Kyrgyz Republic and across Central Asia.  On October 11, U.S. Ambassador Donald Lu delivered remarks at the opening ceremony of the 3rd Bishkek Investment Forum, organized by Business Association JIA.  The BIF is the premier platform in the Kyrgyz Republic that offers outstanding pioneering businesses the opportunity to showcase innovative projects and business plans for potential investors.