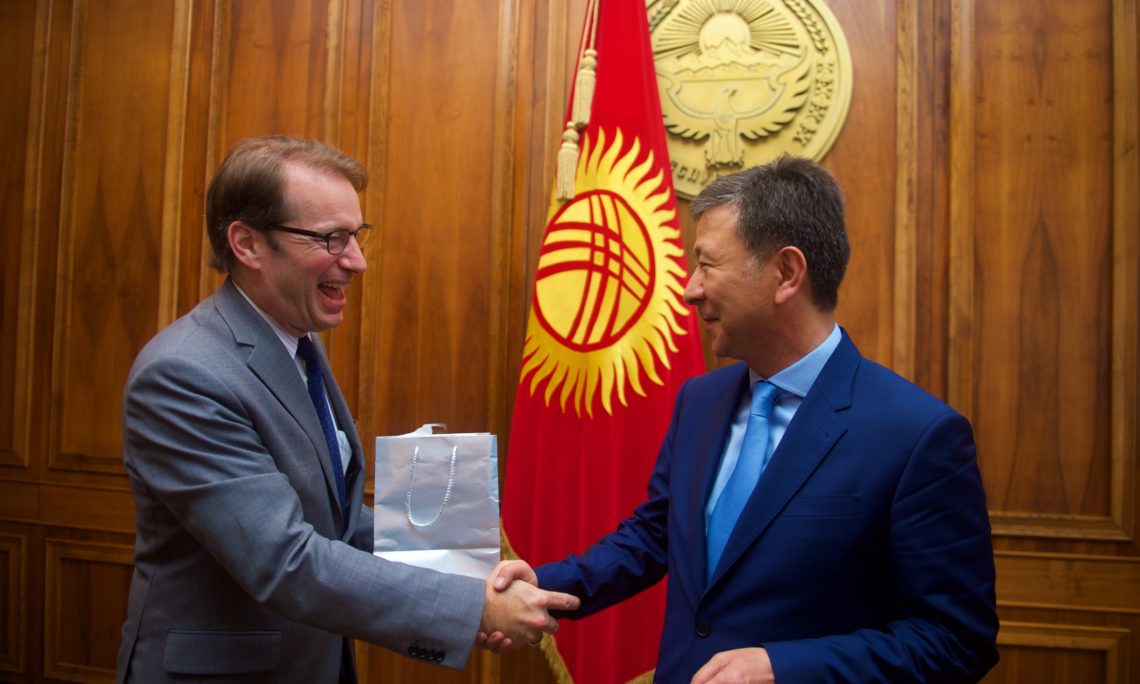 On June 1-2, a delegation representing the House Democracy Partnership of the U.S. Congress will visit the Kyrgyz Republic to meet with their counterparts in the Jogorku Kenesh and with senior officials in the Kyrgyz Government.  The delegation will also visit a number of cooperative programs between the United States and the Kyrgyz Republic to gain a deeper understanding of the importance of this bilateral relationship.

The House Democracy Partnership is a bipartisan, twenty-member commission of the U.S. House of Representatives that works directly with 17 partner countries around the world – including the Kyrgyz Republic –  to support the development of effective, independent, and responsive legislative institutions.  The U.S. Congress and the Jogorku Kenesh have been partners in this program since 2012.

Established by the U.S. House of Representatives in 2005, the House Democracy Partnership uses peer-to-peer exchange programs, training seminars for members and staff, and targeted material assistance to build capacity in key areas such as legislative oversight, budget analysis, committee operations, constituent relations, and library and research services.  Its singular focus on the legislative branch of government and its unique ability to bring together American legislators and their peers from around the world have made the commission a valuable forum for strengthening democratic institutions and deepening bilateral relations.