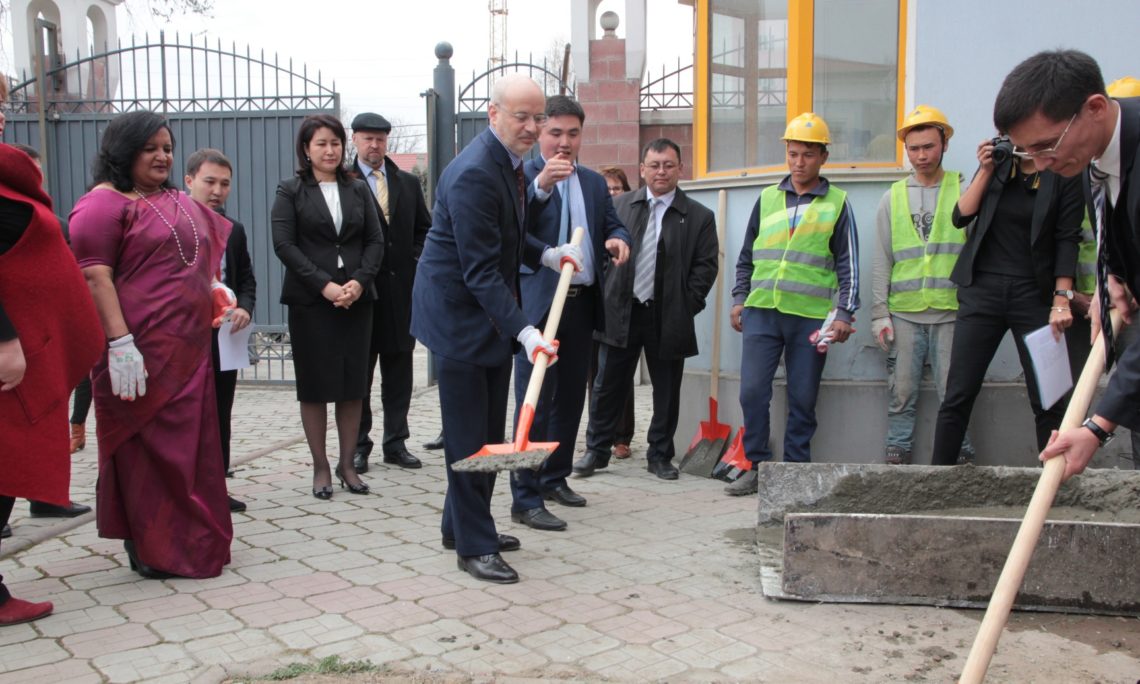 The Government of the Kyrgyz Republic, the United Nations Office on Drugs and Crime (UNODC) and the Embassy of the United States of America marked a new milestone in their partnership to improve the rule of law at a groundbreaking ceremony for the construction of a new forensics laboratory in the Kyrgyz capital today.

UNODC is executing the refurbishment works worth approximately 48 million Kyrgyz Soms (or 630,000 U.S. Dollars) with financial support provided by the US State Department’s Bureau of International Narcotics and Law Enforcement Affairs (INL). “Impartial data provided by forensic science laboratories is crucial to ensure fair trials and uphold the rule of law,” said Alan Meltzer, the U.S. Chargé d’Affaires, a.i. “That is why the US Government is committed to helping the people of the Kyrgyz Republic increase their access to professional forensic services.”

The State Forensics Centre under the Ministry of Justice is the main provider of forensic services in the Kyrgyz Republic, handling over 80% of all cases requiring forensic evidence.  Jyldyz Mambetalieva, the Minister of Justice, noted that construction of the new office and laboratory space is only the first step towards enhancement of this institution’s capacity: “The SFC is currently located in an old building dating back to the 1940s, which is unsuitable for a forensic science laboratory. Thanks to the U.S. funded UNODC project we are now better placed to establish a proper quality management system and gradually align our forensic services with international standards,” Ms. Mambetalieva stated.

UNODC provides guidance to UN Member States on forensic science through best practice manuals, training and testing, thus contributing to the worldwide availability of quality forensic services. “During the past two years we have been supporting professional development of forensic experts also here in Kyrgyzstan”,– UNODC Regional Representative in Central Asia, Ms. Ashita Mittal noted. “With the modernization of the SFC’s infrastructure, we’re taking another step in a joint endeavor to promote high quality expertise that will help Kyrgyzstan to attain international accreditation for its forensic services in the future,” Ms. Mittal added.

The U.S./INL funded forensics project is implemented within the framework of the UNODC Criminal Justice Program in the Kyrgyz Republic. This Program is part of the UNODC Integrated Country Program of Assistance for Kyrgyzstan 2014-2016 and the UNODC Program for Central Asia 2015-2019.