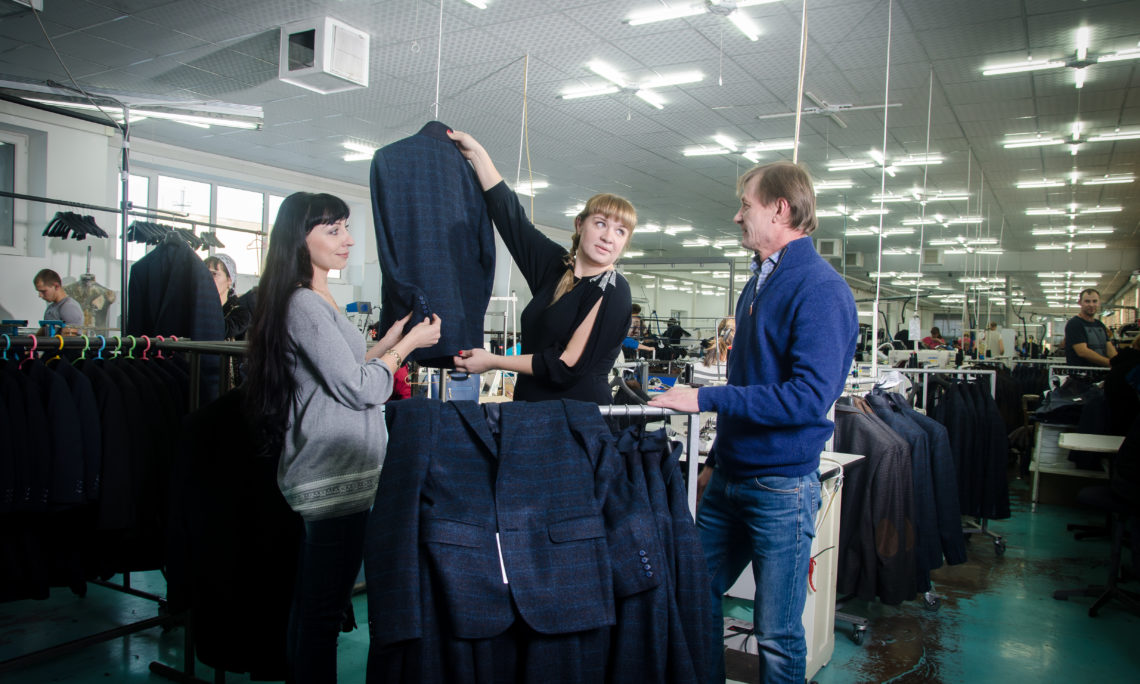 Bishkek – On June 9, major German retailer KiK met with Kyrgyz apparel companies to discuss opportunities with European buyers. The meeting was part of the Apparel Innovation Club supported by the United States through USAID’s Business Growth Initiative to strengthen the Kyrgyz textile industry.

Ms. Artmann said that Kyrgyzstan is well-positioned to benefit from apparel making. The European Union’s recent award of duty-free status for Kyrgyz apparel imports (GSP+) is also a huge advantage in accessing this market.

“You are very close to being competitive, but dreaming of European markets is not enough.  You have to do it,” she said referencing Kyrgyzstan’s remaining shortcomings in productivity, market entry requirements and other components essential to compete in the European retail industry. She encouraged Kyrgyz companies to take the final few steps and enter the European market.

This meeting was part of USAID’s ongoing efforts to connect Kyrgyz textile manufacturers with international markets. These efforts have already generated $1 million in orders for Kyrgyz apparel producers.

Members of the Apparel Innovation Club meet monthly to learn from experts and each other about issues of common interest, such as modern production techniques and international markets.

The USAID Business Growth Initiative is a four-year project that builds and strengthens the competitiveness of Kyrgyz apparel manufacturing and other economic sectors, including the tourism and construction materials industries.  It is one of many projects supported by the United States through USAID.  Learn more at http://usaid.gov/Kyrgyz-Republic.