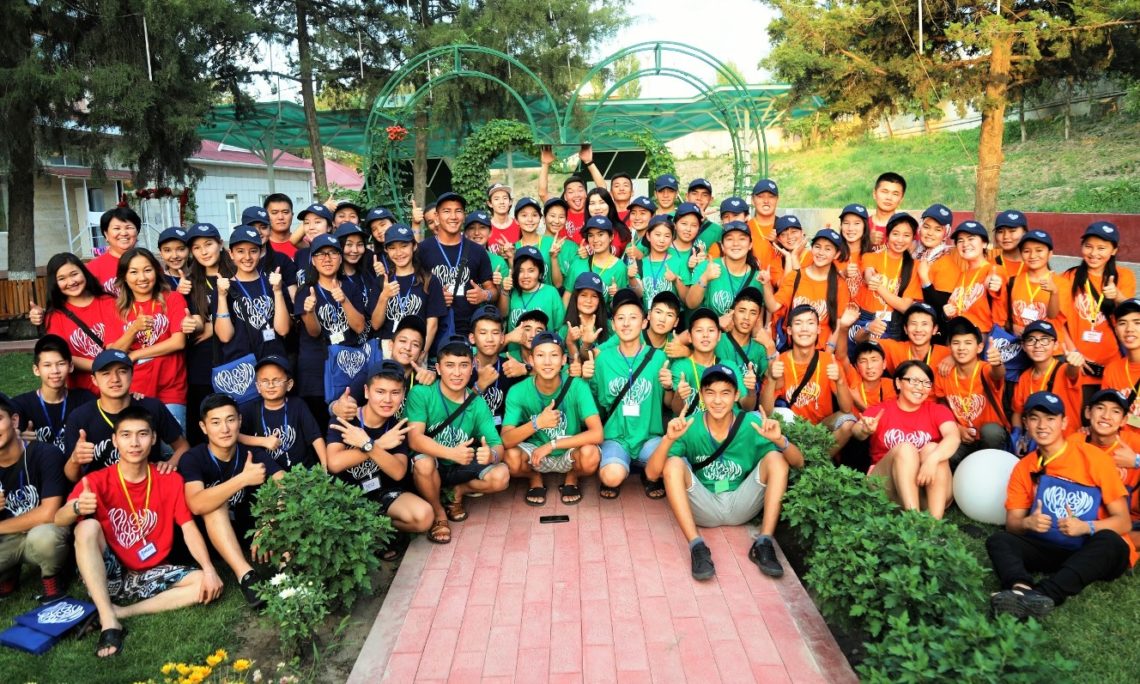 The United States Agency for International Development (USAID) provided support for the ten-day camps, which took place in Issyk Kul (June) and Osh (July). The International Foundation for Electoral Systems (IFES) organized the camps. The camp in Issyk-Kul was also conducted in partnership with the Media Support Center and “Jetigen” international campsite.

Camp participants learned how to work collaboratively across social, regional and gender strata, acquired leadership and critical thinking skills, and gained hands-on understanding of government structures and the electoral system. Each student improved their understanding of the core principles of civic engagement and the importance of voting.

Camp trainers supported participants with disabilities to help them fully integrate into the camps’ ten-day curriculum. One participant, Kanat Abdyjaparov, a winner of the Arm-Wrestling Championship of Asia among juniors with disabilities, appreciated that trainers were able to engage all participants equally, saying, “We worked hard and learned a lot. In ten days I became more open, I learned to express my thoughts clearly. My physical challenges do not mean I do not have a voice.”

At the end of each Democracy Camp, participants come together to identify problems in their schools and communities that are within their power to change, and they design initiatives to address them. Each student leaves with a plan and desire to build a stronger Kyrgyzstan.

After the camps, the young participants felt renewed self-confidence and energy. Arina Taran, a high school student from Chui region, especially liked the transformative atmosphere of the camp, saying, “I feel that I have changed inside and my thinking has changed as well.”

IFES and USAID have conducted Democracy Camps in Central Asia for nearly 20 years to help develop civil society and improve democracy and governance.