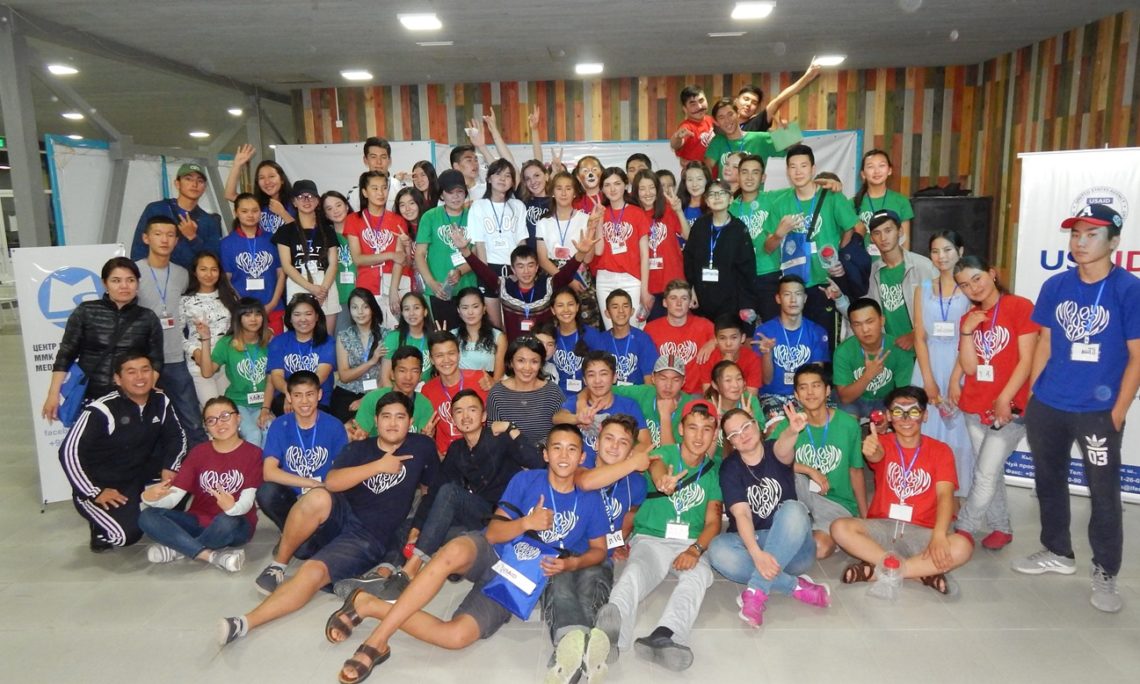 August 2, 2017 – In June and July, 120 secondary school students from around the country participated in Democracy Camps in Issyk-Kul and Jalal-Abad. The U.S. Government, through the United States Agency for International Development (USAID) and the International Foundation for Electoral Systems (IFES), organizes these camps annually. During ten-day summer camps, the young citizens enjoyed sessions on critical thinking, leadership, teamwork, and community engagement. The students learned about civic and democratic values, electoral processes, and the importance of voting through games, art, role-play, and multimedia technology.

“I was so lucky to be selected,” said Bakai Minbaev, a student participant from Kara-Suu rayon of Osh oblast. “The camp was really well-organized, and I learned a great deal. I wish there were more camps like this for people like me.”

The Media Support Centre, a media-focused public foundation, contributed by dedicating a day to media literacy. Camp participants learned to take an objective and analytical view of information presented to them in traditional and social media in order to recognize and avoid attempts at misrepresentation of information.

Ten civics teachers from all oblasts also participated and will return to their schools with new interactive teaching techniques for engaging youth in a free-thinking and open-minded environment.

IFES and USAID have worked in partnership with the people of the Kyrgyz Republic for over 20 years to promote sustainable democratic development through greater civic engagement. A fifteen year-long tradition, these camps are an important part of USAID’s support for democracy and good governance in the Kyrgyz Republic.