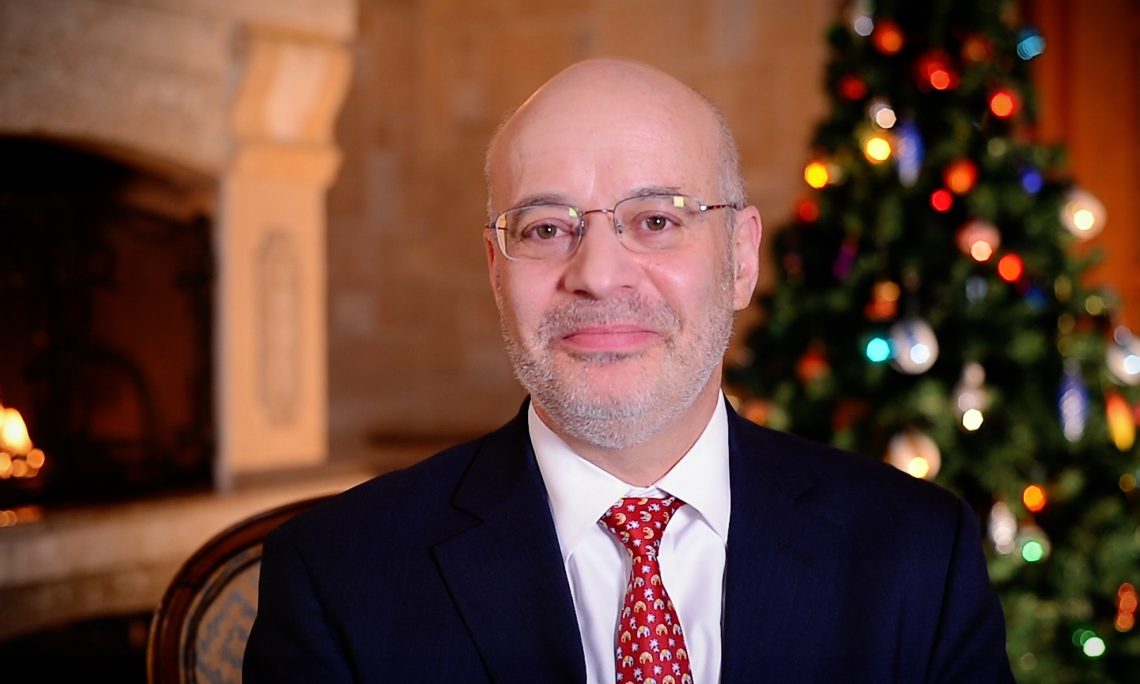 Kyrgyz Republic and the United States:  Reflecting on our Partnership

The holiday season is for slowing down, taking a break, and enjoying precious time with one’s nearest and dearest.  I think that many of us, Kyrgyz and Americans alike, are now taking stock of the past 12 months, celebrating accomplishments, appreciating friendships, and seizing the moment to set goals for the next year.

Just over one month ago, the United States was pleased to celebrate the inauguration of Sooronbai Jeenbekov as President of the Kyrgyz Republic.  This inauguration marked the first peaceful transition of power from one democratically-elected president to another in Central Asia, and provided further evidence of the progress that the Kyrgyz Republic has made since achieving independence.  All of you played an important role in this election, from those who turned out in great numbers to vote so peacefully; to the electoral officials who laid the foundation for the orderly poll; to civil society, who provided essential oversight, as they do in all democracies.  We are also proud of our long-term partnerships with the Central Elections Committee and the State Registration Service, that helped ensure the high quality administration of the ballot and successful conduct overall of the elections, and wish President Jeenbekov all the best in his new position.  The United States looks forward to working with him and his administration in the New Year to continue supporting, as possible, his policy priorities for the Kyrgyz Republic.

During this time of reflection, we express appreciation for the many fruitful partnerships, and friendships, we have built over the past quarter-century of bilateral relations.  Through myriad collaborative programs, primarily with government agencies, the U.S. government has invested approximately $2 billion to support our shared goal: the success of the Kyrgyz Republic as a secure, prosperous, democratic state.

This year we furthered our goal of developing closer trade and commercial ties between the United States and the Kyrgyz Republic. We are so pleased that our longstanding relationships with Kyrgyzstani partners and friends have resulted in tangible outcomes:  new trade partners, more tourism, modern manufacturing techniques, and higher yields.   For example, we were pleased to welcome the first-ever trade delegation this summer, which provided new opportunities for some American entrepreneurs to begin building relationships with Kyrgyzstani companies.  We are hopeful that these contacts will lay the foundation for more American companies to begin operating in the Kyrgyz Republic in the New Year. I am delighted that our programs through United States Agency for International Development (USAID) that promote increased and longer tourist stays — such as by supporting the Kyrgyz Republic’s participation in international tourism fairs from London to Tashkent — have doubled the revenues of our small business partners in the tourism sector around the Kyrgyz Republic.  The United States’ efforts to connect local agriculture, apparel and tourism companies with new markets overseas has resulted in over $9 million in new sales for Kyrgyz businesses.  This all translates to increased incomes for Kyrgyzstani families, and promotes a more robust economy.

Friendships thrive through open dialogue.  For this reason, we were thrilled to partner with the Kyrgyz Government to achieve its goal of increasing English classes in schools to five hours per week, beginning with fifth grade.  We share your government’s view that facility with the English language spurs interconnectedness; English skills are a necessary tool for connecting to the global economy, and also for increasing tourism to this beautiful country.  Our American Corners in Bishkek, Jalal-Abad, Kant, Karakol, Naryn, Osh, and Talas welcomed approximately 600,000 visits this year from students of all ages, teachers, and others. We are happy to provide these lending libraries that also offer free English language classes, summer youth camps, and internet access.  The motivation of the tens of thousands of Kyrgyz students who learn English at our free courses offered throughout the country inspires me.

Working together, we will ensure that even more students can participate in important English-language conversations on technology, science, health, and other fields, which have the greatest impact on our lives.  In support of the Ministry’s goal of improving early-grade reading skills, in 2017, USAID provided teacher training to 10,000 teachers throughout the country.  Ensuring access to high-quality educational materials in the national language is also essential to improving reading skills.  To that end, the U.S. government is proud to have provided over 421,600 Kyrgyz-language books to more than 2,000 public schools and libraries located throughout the country over the past year.

Friendships also grow through shared experiences.  In just one example, Chelan County in Washington State and the Issyk-Kul oblast have formed a “sister county” relationship based on their common agriculture-based economies.  The U.S. Embassy highlighted this unique bond by sending a Kyrgyz television crew to Washington State to produce a program on the “Apple State,” which aired on ElTR and other television stations around the country.  I understand that discussions about upcoming visits are also underway; we look forward to hearing about the development of this relationship in 2018.

I am grateful for the many opportunities I have had to meet new friends during my own travels around this beautiful country.  This year, I wish to express particular appreciation for the countless community members who, over the past quarter century, have warmly welcomed into their homes and lives the 1,100 Peace Corps Volunteers who have taught English and supported community development.  These bonds last a lifetime, and I regularly hear from Americans who volunteered in the Kyrgyz Republic about their lasting impressions of their time here.  The impact of these people-to-people connections is not only significant for the Americans.  Peace Corps Volunteers have helped many Kyrgyzstani students win life-changing foreign exchange and English-language study opportunities, such as the Future Leaders Exchange Program, which sends almost 100 Kyrgyz high school students each year to study in the United States for an academic exchange.

Looking ahead to the New Year, it is my hope that the longstanding partnership between the Kyrgyz Republic and the United States will continue to grow.  We look forward to working with President Jeenbekov and the Kyrgyz government as opportunities allow to advance not only the bilateral relationship, but to continue building lasting friendships between our people.

I wish all Kyrgyzstani citizens a healthy, happy, prosperous, and peaceful 2018.

Please follow the link below to watch Chargé d’Affaires Alan Meltzer’s New Year greetings in which he reads a well-known poem in the Kyrgyz language.