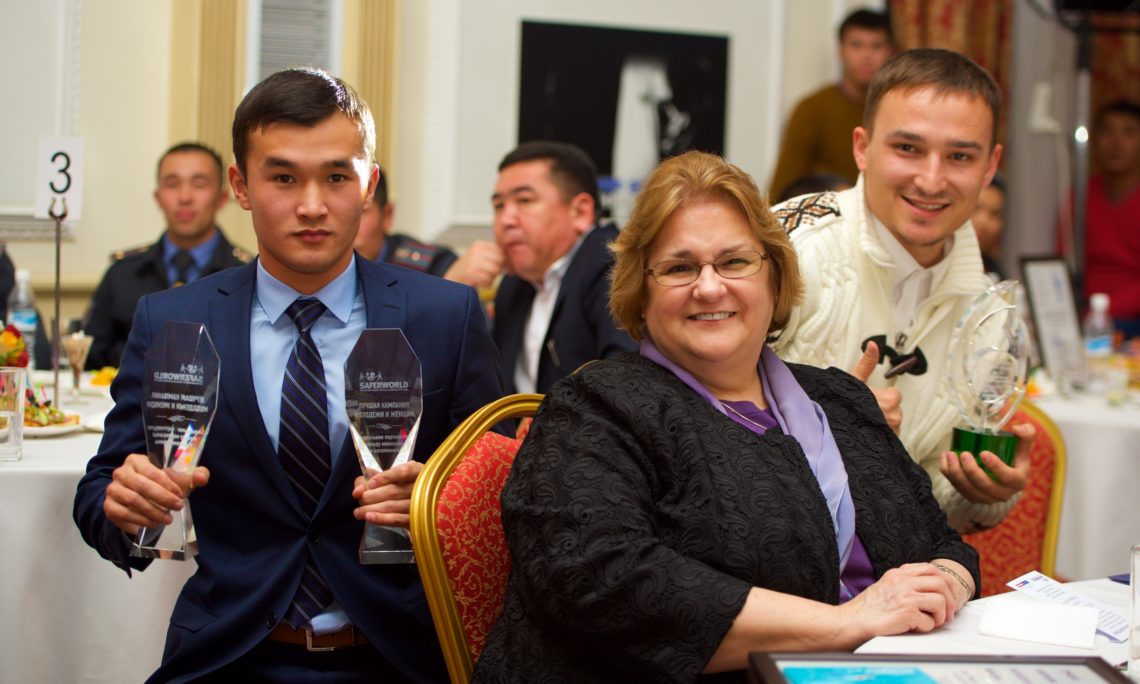 Bishkek – On February 19, Saferworld and Foundation for Tolerance International (FTI) will host the second annual “Best Campaign of Women and Youth” award ceremony under the Community Policing Initiative funded by the United States at the Bishkek City Hotel. The ceremony will honor the contributions of youth and women to improving the social partnership between police and communities.

From June 2015 to January 2016, FTI and Saferworld facilitated eight youth and women initiatives at the local and national levels. These initiatives reduced domestic violence, kept youth away from criminal activity, and countered violent extremist participation.  The campaigns focused on building trust among community members, law enforcement, and local authorities.

An awards committee composed of representatives of the Ministry of Internal Affairs, OSCE, UNODC Saferworld, FTI, and the media evaluated these initiatives in the following categories: largest coverage; most innovative; best partnership with law enforcement; greatest youth engagement; most additional resources attracted; and best media coverage. Special awards will also be given for initiatives with strong people-centered approaches and notable contributions to peacebuilding.

Representatives of the Ministry of Internal Affairs, the Security Council, international organizations, civil society organizations, the media, and well-known celebrities will take part.  U.S. Ambassador Sheila Gwaltney will present the award for the most innovative campaign.