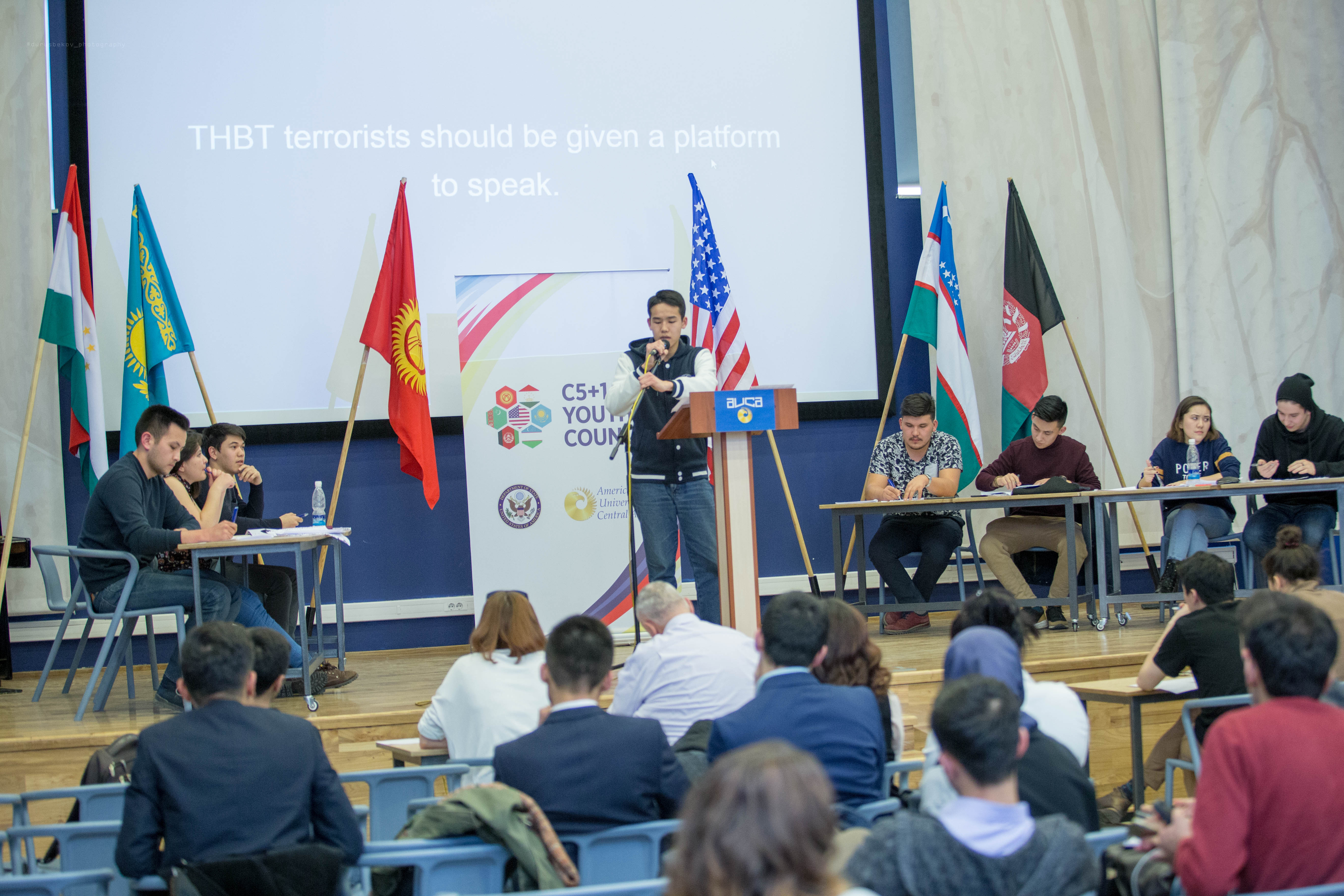 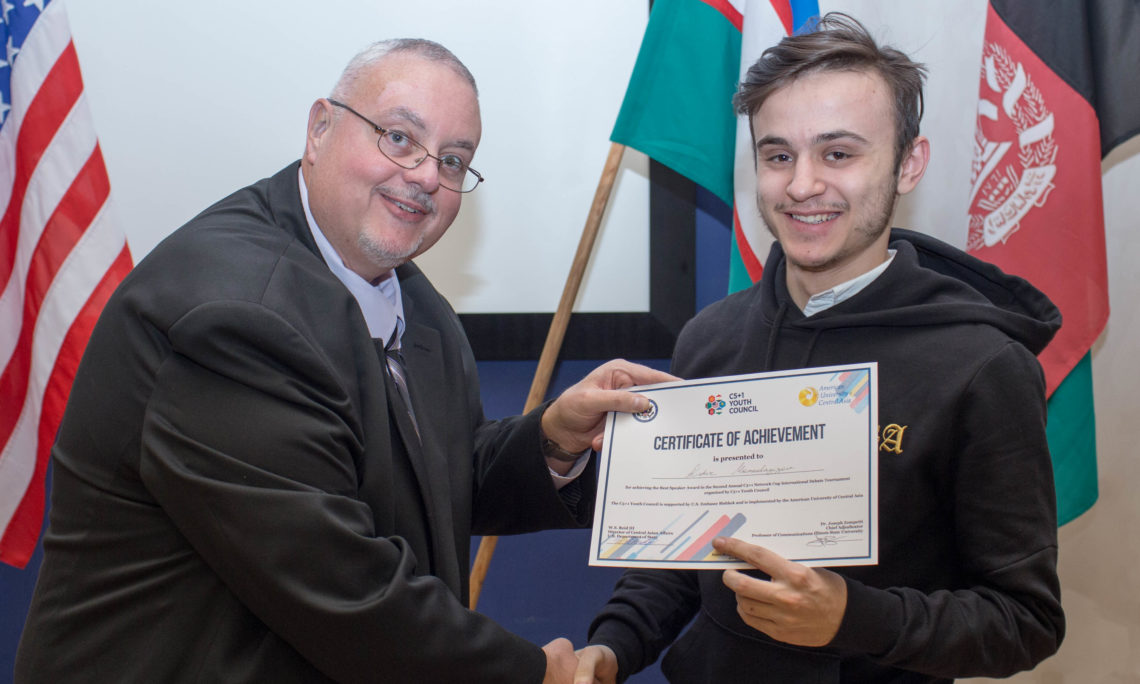 February 10-11 – (Bishkek, Kyrgyz Republic) –Youth from Central Asian countries and Afghanistan participated in the Network Cup 2018 debate tournament at the American University of Central Asia, organized by the C5+1 Youth Council with support of U.S. Embassy in the Kyrgyz Republic, on February 10 – 11, 2018.

Just under 64 participants from Afghanistan, Kazakhstan, Kyrgyzstan, Tajikistan, and Uzbekistan who formed 32 teams participated in the debate tournament. Almost 120 applicants sent in online applications to the C5+1 Youth Council, who selected participants for the debates, which took place in the English language.  Debaters improved their critical thinking abilities and English language-debating skills.  They studied topical issues of the modern world and networked with young debaters and leaders of Central Asian countries and Afghanistan.

The U.S. Embassy in the Kyrgyz Republic invited Fulbright Specialist Dr. Joseph Zompetti to serve as Chief Adjudicator of the Network Cup 2018 debate tournament. As Professor of Communications at Illinois State University (USA), Dr. Zompetti teaches courses in communications and social issues, classical rhetoric, and political communication. He is an experienced debate specialist, with over 30 years of experience.  He has also written eight books on debate strategies, critical speech and rhetoric techniques. Dr. Zompetti has significantly contributed to debate communities in Europe, Asia, and the United States — giving workshops and trainings on civic engagement, argumentation, public speaking, and critical and logical thinking. As the former President of the Board of Directors of IDEA-Europe, he has taught and coached in practically every debate format, including USA Policy, British Parliamentary, Karl Popper, and values-driven debate.