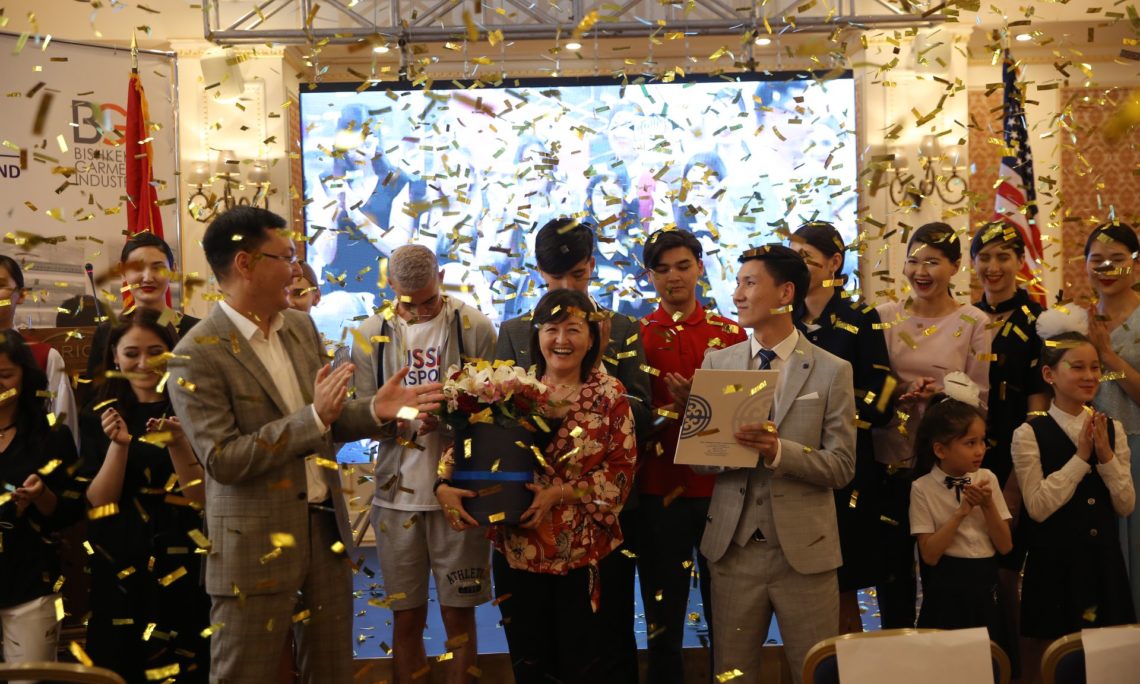 On June 28, the United States Agency for International Development (USAID) hosted a business forum to create a networking platform for Kyrgyzstani garment manufacturers and foreign brands and buyers.  The “Technologies, Investments and Opportunities for the Textile and Garment Industry of Kyrgyzstan” forum brought together over 20 European and Russian brands and fashion retailers, international apparel equipment manufacturers, and software developers with Kyrgyzstani apparel firms and factories.  An exhibition of the latest garment technologies and business-to-business meetings for buyers, investors, and Kyrgyzstani apparel manufacturers took place during the forum.

The forum featured presentations on advanced technologies in apparel production and how those technologies can create opportunities for Kyrgyzstani factories, understanding buyers’ expectations when placing orders in Kyrgyzstan, and methods for increasing productivity in factories to meet the requirements of retailers.  The forum concluded with the Kyrgyz Producers’ Collections Fashion show.  European and Russian brands and retailers also met with Kyrgyzstani apparel manufacturers to form stronger business partnerships and future prospects of securing orders.

The forum served as a close-out event for USAID Business Growth Initiative (BGI) Project, a $20 million project that has built and strengthened the competitiveness of Kyrgyzstan’s economic sectors including tourism, construction, and apparel manufacturing for the past four years.  During this period, USAID BGI promoted Kyrgyzstani manufacturers to new buyers resulting in eight firms signing export contracts worth $3 million with several fashion retailers.

USAID BGI also generated requests from retailers for more than 1,000 sample garments and price quotations, which are critical precursors to obtaining actual sales contracts.  The Project undertook sales missions to eleven fashion retailers in Europe and hosted buying missions from eight fashion retailers, each with over 300 stores.  At the forum, USAID BGI presented its legacy institution, BGIC. The Bishkek Garment Industry Center will continue the work initiated by USAID.

Along with support to enter international markets, USAID recently provided a grant for equipment to the Salkyn textile company.  An official opening ceremony of a new apparel production facility for Salkyn was held on June 22.  As part of a partnership with Salkyn, USAID renovated a factory building and equipped it with 98 advanced high-speed industrial sewing machines that will increase productivity by 70% and create 200 new local jobs.