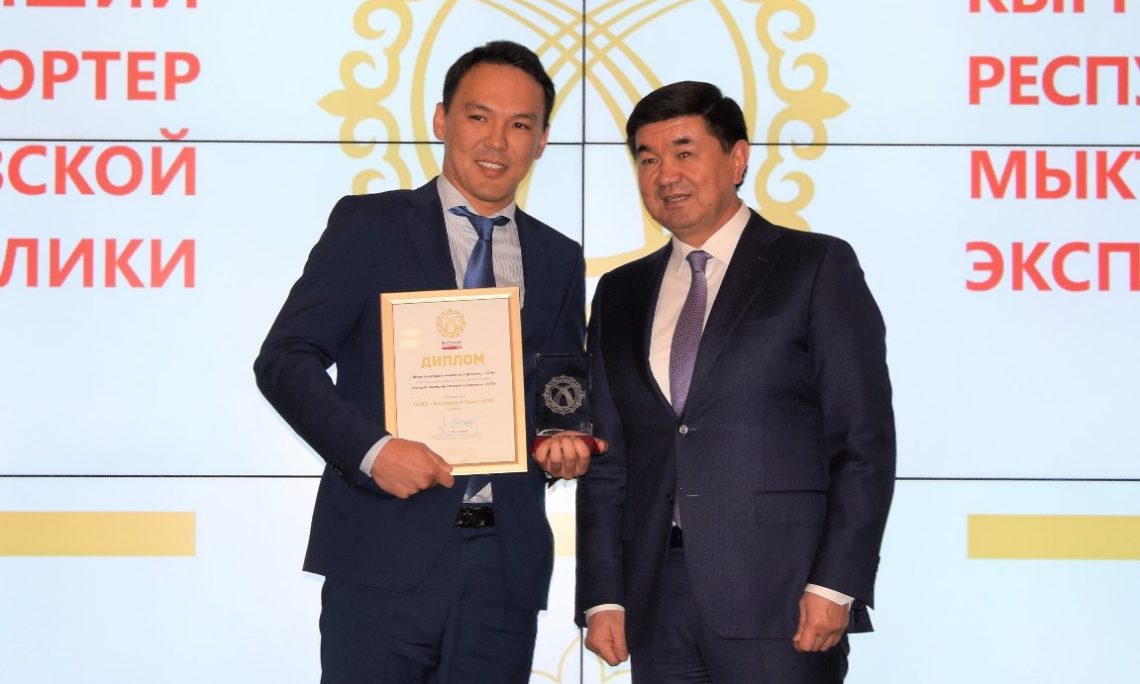 The 2018 winners of the Best Exporter of the Kyrgyz Republic were announced on May 6 during a ceremony at the Hyatt Regency in Bishkek. The ceremony was hosted by the Government of the Kyrgyz Republic’s Investment Protection and Promotion Agency and made possible with the support of the United States Agency for International Development (USAID).

A total of 25 awards were given to Kyrgyzstani businesses involved in various economic sectors such as the apparel, construction, and jewelry industries. The full list of winners could be found here (PDF 303KB).

The Best Exporter of the Kyrgyz Republic is an annual event that recognizes top Kyrgyzstani exporters that have made significant contributions to the national economy through the export of domestic goods. The awards are meant to give visibility to economic role models that stimulate investments and contribute to export-oriented manufacturing and processing.

Prime Minister Muhammedkaliy Abylgaziyev took part in the award ceremony. During his opening remarks he stressed that export development is the highest priority for the Kyrgyz Government. “In addition, we adopted a decree which approved 1 billion soms for export-oriented enterprises on preferential terms,” said the Prime Minister.

According to the US Ambassador to Kyrgyz Republic Donald Lu, who also participated in the ceremony, agricultural exports from Kyrgyzstan are a huge potential area of economic growth. “Over the past five years we have invested $42 million to support farmers and small and medium businesses. Together we will create 19,000 new jobs in the country” he said.

USAID supported the 2018 Best Exporter of the Kyrgyz Republic through its Enterprise Competitiveness Project, a five-year activity designed to increase income levels of Kyrgyzstani households through the creation of jobs and livelihood opportunities among small and medium enterprises.