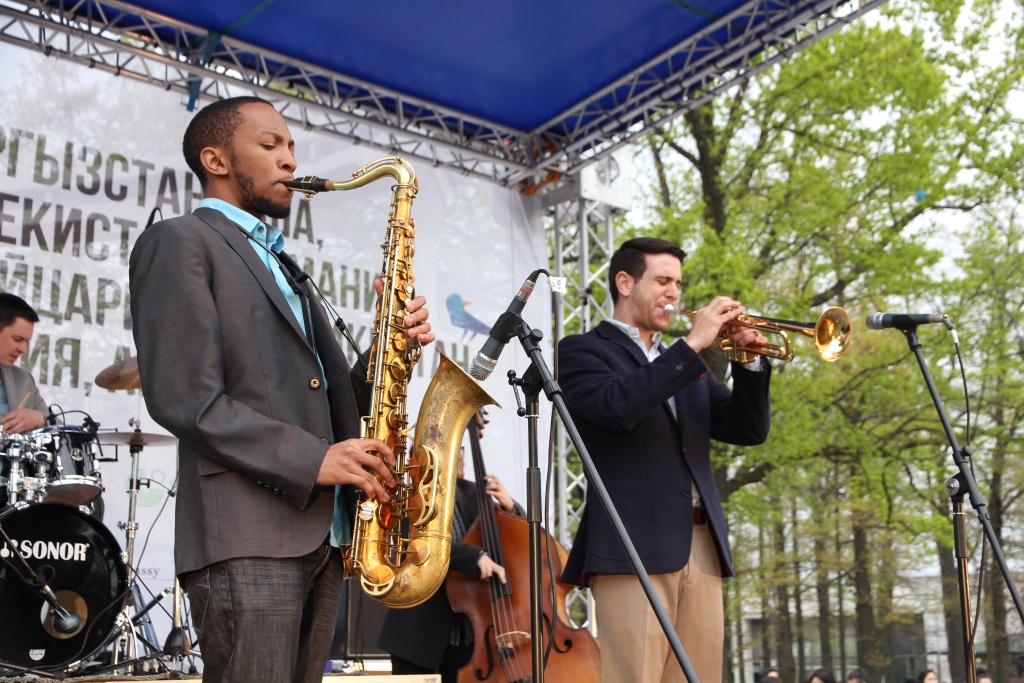 American jazz musician Anthony Stanco and his jazz band The Crucial Elements will be in Kyrgyzstan April 6-10 as part of the U.S. Embassy Arts Envoy cultural exchange program.

Anthony and his band will perform an open-air concert on April 8 near the Kurmanjan Datka monument in Oak Park along with some of the best musicians in Kyrgyzstan.  They will also perform at the annual Bishkek Jazz Festival on April 10 at the Kyrgyz National Philharmonic.  In addition, Stanko and his ensemble will lead a master class for students of music colleges, take part in a jam session with other festival participants, and hold a small concert-lecture at the American University in Central Asia.

Anthony Stanco — jazz trumpeter, arranger, composer, and bandleader — is a rising star among a new generation of jazz musicians.  Despite his young age, he has won the respect of some of the leading names in jazz, having performed on stage with both Aretha Franklin and Michael Feinstein.

Since their first tour in 2013, they have represented the United States in more than a dozen different countries around the world, including South Africa, Namibia, Indonesia, and Jordan.  Their music covers a wide artistic range — serious to playful, contemplative to joyous, traditional to contemporary — all while remaining grounded deep in the traditions of swing, be-bop, and the blues.  The Crucial Elements are wildly popular for their ability to combine jazz with the traditional music of local cultures.

16.00 – Open-Air Concert near the monument of Kurmanjan DatKa (Oak Park)