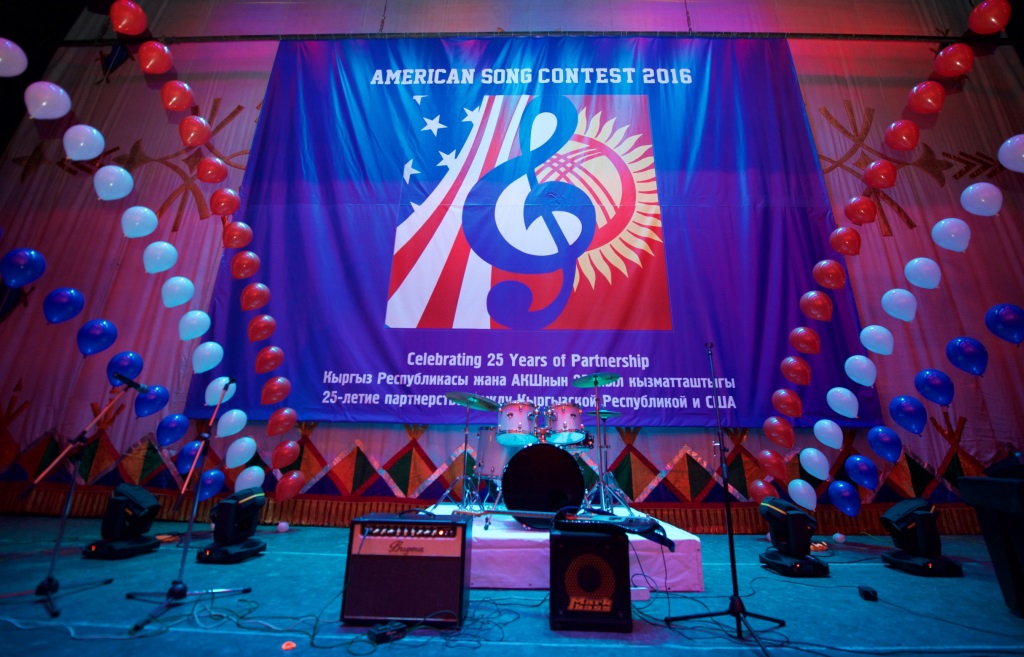 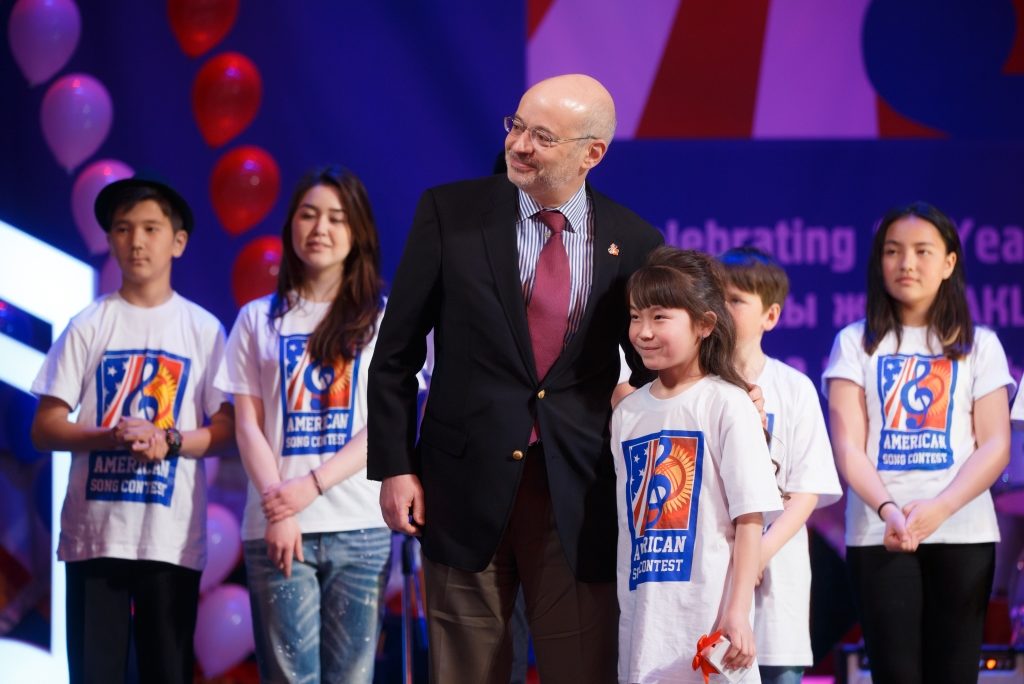 The American Song Contest Gala Performance, supported by the U.S. Embassy in the Kyrgyz Republic, will take place on March 26, 2016 at 12:00 p.m. at the Abdylas Maldybaev Kyrgyz National Opera and Ballet Theater.

This performance is the culmination of months of school, city, and regional level competitions. Over 600 students from 61 secondary schools in Batken, Naryn, Issyk Kul regions and Bishkek  took part in the contest, which was organized by the Sun People Public Fund, the American Music Center in the Kyrgyz Republic, and Forum Association of English Language Teachers. Twelve winners, three from each region, will participate in a gala performance in Bishkek alongside Kyrgyz pop singers.

The purpose of this contest is to promote a creative approach to English learning amongst Kyrgyzstani school teachers and their students, and to introduce American music culture to the people of the Kyrgyz Republic.

Come listen to the participants and cheer for your friends!