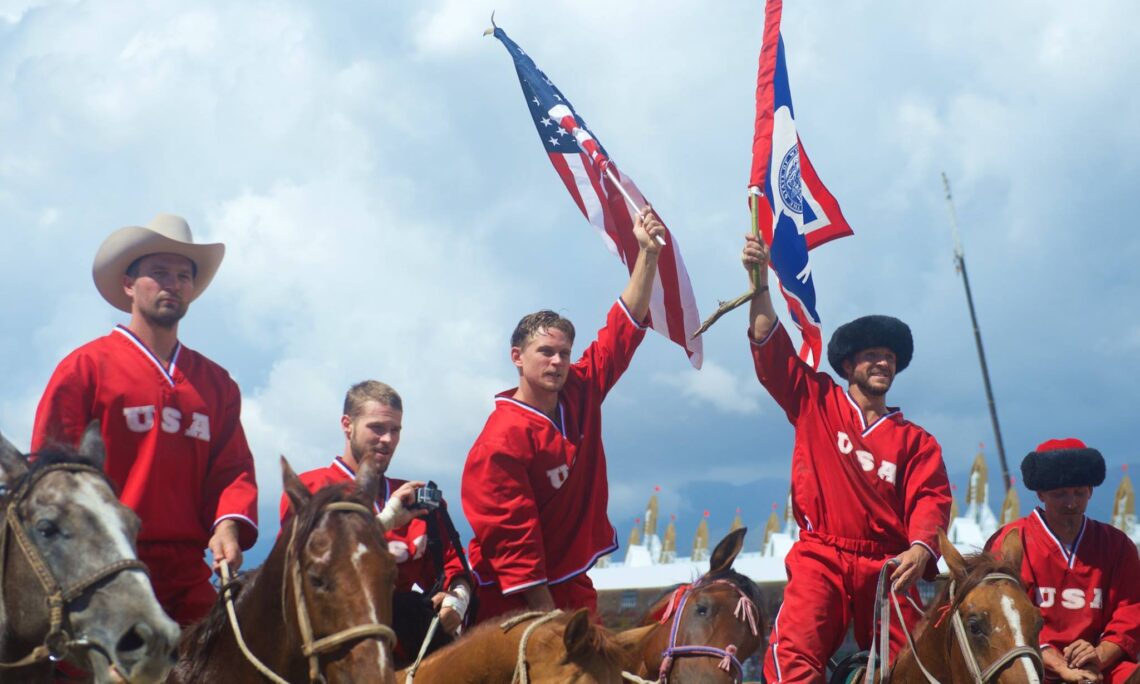 The “Kochmon and Cowboy Ride Together” project is organized to celebrate the 30th anniversary of bilateral friendly relations between the United States and the Kyrgyz Republic. During this project, professional cowboys from the United States are coming to Kyrgyzstan to perform a diverse program, which includes participation in Kok-Boru and Er-enish (horse wrestling) games, as well as demonstrations of American cowboy traditions.

On March 14, 2022 at 10.30 am – meeting with the guests from the United States and the first press-conference will be held in the VIP-lounge of Manas airport (Terminal 1).

From 15 to 20 March, the cowboys will be staying in Issyk-Kul region, where they have a busy program:

On March 18 and 19, the cowboys will play friendly matches during the Kok-Boru championship. Games will be held at the Cholpon-Ata hippodrome.  Some of them will also take part in the bouts of Er-enish (horse wrestling). In preparation for the games, the cowboys will conduct a series of joint training sessions with local professional Kok-Boru players.

The guests will also conduct several workshops for local athletes to exchange traditional and cultural values.

On March 21 and 22, the cowboys plan to participate in Nooruz festivities in Bishkek, take part in morning shows on national TV channels, and visit the Sokuluk Rehabilitation Center for Children in Malovodnoe village to give the children the prize fund won by the American Kok-Boru team at the 2016 World Nomad Games.

The project was organized jointly with the U.S. Embassy in the Kyrgyz Republic and the “Kok-Boru” Federation, and the main goal of the project is cultural exchange between the friendly peoples of the United States and Kyrgyzstan.

Nick Willert is a professional MMA fighter and 1st degree black belt in Brazilian jiu-jitsu. A participant in the 2018 World Nomad Games.

Will Grant is a journalist who writes about the land and people of the American West. A participant in the 2018 World Nomad Games.

Ladd Howell works for a horse supplement company and participates in professional rodeo competitions. He speaks Russian.  A participant in the 2018 World Nomad Games.

Scott Zimmerman is a member of the 2016 U.S. Kok-Boru team and captain of the 2018 World Nomad Games team. He is co-director of the USA Nomadic Sports Federation.